At the sound of hooves: think horses, not zebras.

There is a thought and a mantra which I lately find myself coming back to over and over again, both at work and at home: when things get tough, when things start to pile up – keep things simple.

So often, the main task (not necessarily job) of the “adult in the room” is to keep the basics on track and ask the simple, fundamental questions.

That way, it becomes easier to drill down to the fundamentals (whether that applies to writing, photography, art, science, or life in general).

I had two post in my draft folder this morning, both from September 2013 (and as relevant as always): 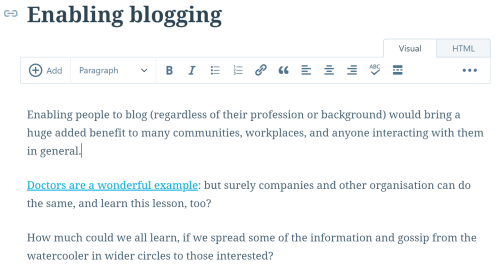 I’m clearing up – but the messages are obviously still the same.

I’m trying harder to put the three bullet points above into practice, both at, and outside, work.

A photographic hobby helps to some degree: unless you’re out documenting something specific, or work as a photojournalist on assignment, I would think that the above traits are essential to getting started on a body of work that reveals something about what and how you see.

The post above puts the three points in the context of mindfulness and introspection, and how the latter can become a trap unless there is some distance there that “re-baselines” your sense of yourself. Perhaps a little dramatic at times (and themes do repeat themselves) but the essence is there: get some distance, compare how you see yourself and how others do, and above all else – engage in conversation and don’t spend so much time alone thinking. It’s the interactions that stimulate change, the (healthy) introspection which can then put it into context and direct it.

Where this becomes interesting is as this relates to work. Mindfulness in my private life, when I’m pursuing my hobbies, or when I’m thinking is one thing – being aware and empathetic in a work environment is something else entirely.

But then it’s not: it’s still listening (actively), putting yourself in someone else’s shoes (empathy), and ultimately generating that distance to what you are doing to better let you see whether a sprint is appropriate at this stage of a marathon, or whether it might be worth looking and feeling what is going on around you to aid the flow.

My photography just is; the subject creates itself. I point the camera at things that make sense to me to photograph. Any needed rationalizations come later, at the point of editing, selecting, sequencing, articulating. What I’m left with defines what I’ve seen and how I’ve seen it. 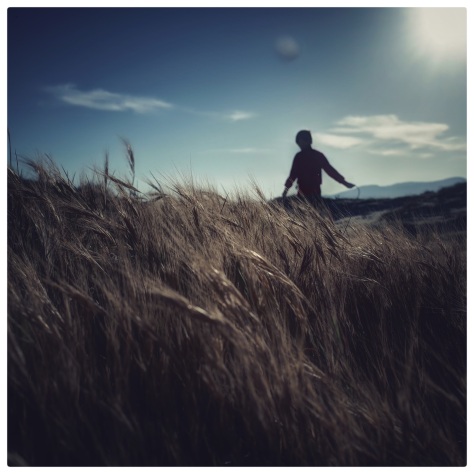 If there is one picture that summarizes my recent vacation with my family: this is it.

Here’s what I’m thinking about:

Another example of writing for purposes other than the grand finale is Austin Kleon’s blog. Author of the bestseller, Steal Like an Artist, Kleon writes and posts every day as a means of shaping his thinking. His smaller stuff evolves into bigger stuff. His raison d’etre is forced output as a means of refining his eye on the world and his ability to describe it.

This daily routine is what I’m currently getting used to: small steps, with individual pieces, but gradually I am starting to tick boxes in a consistent manner.

First focus is on the daily picture: so far I am almost on 100 without a missed day.

Next step will be my daily words and triggers, followed by exercise.

Blogging should follow swiftly: and once I manage to unify all of the above (perhaps not the exercise), there should start to be benefits from the cross-fertilisation.

Everything analogue has become a kind of obsession: photographic prints, linocuts, books – tangible, simple, focused, without the need or possibility for any post-processing.

The ability to see can and needs to be practiced.

Daily habits simply require a starting point. A day on which, rather than thinking about starting something, a first move is made.

My picture-a-day project has already gone through almost a sixth of a year: so far no missed days, and a few small things have even revealed themselves along the way.

Perhaps this can be expanded to other daily habits: it would certainly lay bare yet more triggers, and should shift the gears gradually towards a new routine.

Once again a BBC Radio 4 podcast has sparked a long line of thinking and critical reflection, this time on the current phenomenon of MOOCs (Massive Open Online Courses) and their impact on education and all sorts of related topics (e.g., society, access to education, the value of education, etc.).

I have to admit that I don’t yet have a clear picture of how I would/should react to and interact with MOOCs, but the discussion and documentary certainly elicited a long series of questions, with different answers leading to further questions and a gradual fleshing-out of the overall picture that may at some point allow me to reach an internal equilibrium consensus:

What is the importance for me?

What is the importance for my children?

What is the importance for society?

Overall, the more I read the more I am convinced that for people like me and my family the biggest store of value is creativity and the ability to generate (and concretise) ideas, as well as the development of social skills and the interaction with other people. MOOCs might support this in a multitude of ways, but as with so many things, the key lies in the balance, and I will be following this story as closely as I am able to see how things develop.

The topic of the “smart city” is one that is cropping up over and over again in various streams and sources, as much a sign of the rapidly urbanising times as of how technology is striding ahead purposefully in the city, albeit in a much different way to development in the countryside.
An interesting and captivating article on the BBC News website from September 2013 is a typical example. It highlights the various ways in which residents of some of Brazil’s favelas use a combination of simple (kite) and new (smartphone and camera) technologies to map out and instigate change in their communities. Much of the new technology associated with smartphones in particular seems to fit snugly into the environments of these dense social worlds, and it would appear that the people living there are by themselves able to modify and improve their surroundings by simple means, rather than by edict from above.
Nevertheless, one interesting facet that appears time and time again is that at some stage, no matter how intricate the technology, there is always a human node, a gatekeeper perhaps, or at the very least a transition stage through which the information has to pass, and who consequently and inevitably has an impact on the form and shape of the data passing through. Information is selected, favoured, filtered as it flows: all these macroscopic changes that are seen at the end of the day come from microscopic inputs and manipulations along the way.
It is at this stage that once again technology intersects with psychology, economics, and geography, and is presumably the reason why even an identical technical solution in one location is bound to have a very different flavour when applied to another. Changes start at this microscopic level and then propagate outwards: after all,  how can individuals change the flow of a city in a substantial way? By moving away from a roundabout, spreading news about congestion, proposing or crowdsourcing an easier route, anything that will change people’s behaviour might be said to influence the currents of a metropolis. By logging in at a specific place, a reference, a rapid dispersion of a key event, this might trigger further steps and stops down the line, if only enough connections are fired up.
In cancer there is talk of a microenvironment, and if you want to influence the tumor it is really necessary to focus on what goes on at the microenvironment level rather than just the systemic (with therapies to match). The interaction between individuals and the environment is not that different: there are systemic changes that will influence all city-dwellers (e.g., the weather: some more, some less), and then local/microenvironmental changes (street-related, drain-related, connections, internet, maintenance) that have an impact on groups, how individuals interact with groups, and consequently how localities shift. Most normally I suspect that this results in local oscillations, and minor changes in a specific locale do not have much of an impact on neighbouring areas, let alone spaces on the other side of a metropolis.
Sometimes, however, an idea might catch hold and spill over from one region to another. Again there is an analogy in the natural world: systems that change might reach a critical mass, a certain power and influence that by its very nature causes a shift away from equilibrium in spatially distant zones. And here again is the key influence of the human element: any geography story always contains elements that can be used in a human story, the psychogeography, trying to pinpoint and define specific focal points, corners, familiar pavements that serve as anchors for an individual. Unlike what is normally found in physical systems there are dotted lines between individuals, a certain tunnelling of ideas across social and spatial divides, that can distribute change in a multitude of often unexpected ways, and eventually takes over society like a slowly creeping bacterial colony across a petri dish.

For the past few months, I have been diligently filtering through a variety of advice pages on routines, establishing priorities, and generally trying to get myself into some productive and (perceived) useful habits.

Now, after weeks and months spent getting some of these routines in place, forcing myself to be regular, marking crosses on the calendar, I find that I have a missed a day. I wasn’t being reluctant, I simply forgot: before I realised it, it was after midnight, and a day had passed without me doing what I’ve been trying to discipline myself to do all this time.

And the surprise is that it’s almost a relief. Why is that? Is it because I’m trying to establish a routine that isn’t worth much? Is it because I actually don’t want to be doing what I’m convincing myself to do, and perhaps have other things that are worth more?

Or is it perhaps simply that a change on occasion is a good thing, that it highlights the importance (or otherwise) of the task in question and makes it easier to prioritise amongst all the things that are a drain on already limited resources? Of course it would be best to have a routine that is unbreakable, something so intuitive and instinctive that I don’t even need to come up with a system to make myself adhere to.

In some ways, the task in question is already some of these things: after all, I realised that I had broken the chain, and the accompanying sense of something akin to guilt means that I do miss it emotionally when for some reason I don’t get around to it. In short, it puts the routine nicely into perspective, the relief coming from a realisation that routines are simply that, systems that are good to have but not forced upon one, rather a self-imposed task chosen out of want, not need.